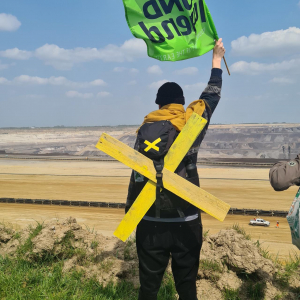 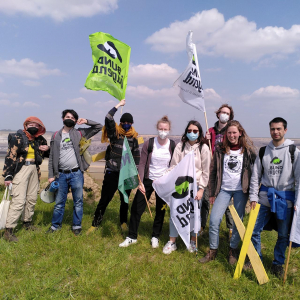 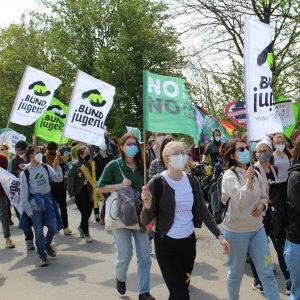 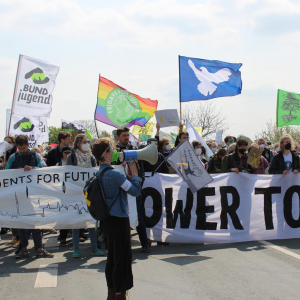 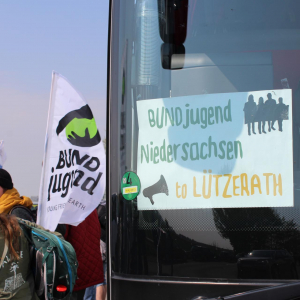 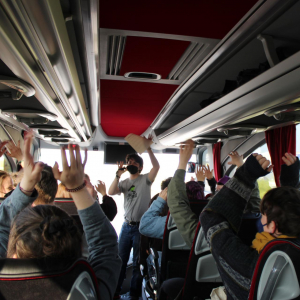 Due to the expansion of the Garzweiler coal mine, this Saturday a call was made for activists to demonstrate toward the Lützerath camp, supporting the discontent with the government decisions and it’s lack of concern for the environment and the population. The objective? That the resistance can save the village and keep the coal in the ground1.

The protest began on the outskirts of Lützerath, where an estimated 3,500 people participated, organized by groups such as Greenpeace, fridays for future, BUNDjugend, Antifascist Action and residents.

The demonstration started at 1:30 pm, where you can hear hymns such as “Lützi remains”, “Tell me what democracy looks like? This is how democracy looks like!”, “Anti, anti, anticapitalism” and others. We marched along the road to the Lützerath camp, passing next to the demolition edge and inside the camp, observing the internal organization of the camp, and ended in front of the stage listening to activists from different parts of the world, such as Ukraine, Colombia and Mapuches from Latin America, as well as live performances by singers and dancers.

BUNDjugend Niedersachsen and fridays for future hannover gathered at the “bus station” on L19, which especially was set op for the demonstration, to go together to the protest, with a total of 100 participants. Along the way, the mine was shown and the organizer said the objective of the activity. We played games like “Never have I ever”, “Ninja”, and singing fight hymns and contemporary music, to heat up the mood.

It was impressive to see the level of motivation and organization, the diversity of environmental organizations and the participation in each of them. That the whole activity was peacefully, accident free and safe. All of them moved by the same goal: rescue the town of Lützerath and stop coal mining because of the ecological damage it causes to the planet. 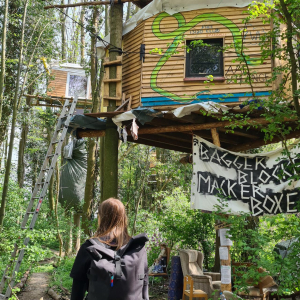 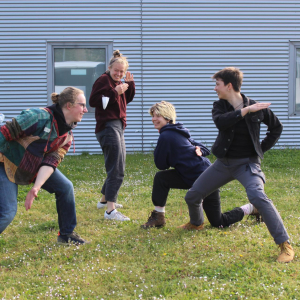